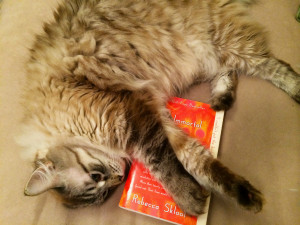 Hiro seems to love Henrietta Lacks as much as I did.

This book – wow. I don’t read a lot of non-fiction (I’d love to read more), but if all non-fiction were written like this, I’d be devouring it on a daily basis. It reads with the anticipation of a crime novel, retains your interest like a guilty-pleasure murder mystery, and the story is as profound and melancholic as the most dolorous Victorian novel. Except this story is true. Impeccably researched and well written, the story of Henrietta Lacks and her family is at once fascinating and heartbreaking. It leads you to question our society’s advances in technology, science, and medicine, and examine the human cost of progress.

Henrietta Lacks was a poor black woman who died from cervical cancer at the age of 31 in the early 1950’s. Without her knowledge or consent, scientists at Johns Hopkins Hospital took samples from her tumor and put them in a petri dish. Up until that point, scientists had tried to keep human cells alive in a culture but were unable to do so. The scientists were amazed to find that Henrietta’s cells reproduced an entire generation every twenty-four hours: they were immortal. This was one of the most important and radical advances in modern medicine and it opened up a world of possibilities. Her cells became known as HeLa cells (for Henrietta Lacks).

If we went into almost any cell culture lab in the world and opened its freezers, we’d probably find millions – if not billions – of Henrietta’s cells…Her cells were part of research into the genes that cause cancer and those that suppress it; they helped develop drugs for treating herpes, leukemia, influenza, hemophilia, and Parkinson’s disease; and they’ve been used to study lactose digestion, sexually transmitted, diseases, appendicitis, human longevity, mosquito mating, and the negative effects of working in sewers…

There’s no way of knowing exactly how many of Henrietta’s cells are alive today. One scientist estimates that if you could pile all HeLa cells ever grown onto a scale, they’d weigh more than 50 million metric tons…Another scientist calculated that if you could lay all HeLa cells ever grown end-to-end, they’d wrap around the Earth at least three times, spanning more than 350 million feet.

Skloot sets up this frame of reference – the multitude and magnitude of HeLa cells in medicine and society – with the woman they came from and her surviving family members. Companies have made billions buying and selling HeLa cells. These cells have made invaluable contributions to the most effective and radical medical advances of our time, therefore helping countless people. Yet, her children can’t afford health insurance. They are trapped in the same cycle of poverty as their mother, as companies and labs profit off of the cells – the flesh – of their mother. It is both eerie and infuriating.

I remember learning about HeLa cells in biology, as have many people. Scientists, biologists, researchers, doctors (the list goes on) have studied these cells for decades, yet until this book, many did not know of the origin of the cells and the woman from whom they came. They certainly did not know, with any depth or insight, the story of Henrietta’s life and the continuing struggles of her family.

Skloot dives into the human aspect of this tragic story. She spends a significant amount of time talking with Henrietta’s surviving family members, in particular, her daughter Deborah, and they form a friendship. Skloot’s writing is so in-depth, personal, and fascinating, that you, the reader, feel a kinship with these people and become genuinely absorbed and affected by their family’s story. The human element is what has been missing from this tale of science for all these years and Skloot has done an incredible job of putting the pieces of the story together.