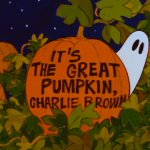 And… It’s decorative gourd season, motherfuckers. Fall has become the hippest season. If hipster was a season, it would be fall. It was cool before winter. (Too much? Ok.) Fall has always been my favorite season so I’m glad that everyone is catching up to me.
Read More 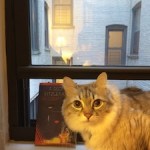 So who am I to review such an iconic novel like The Great Gatsby, or any classic for that matter? So much of Gatsby has been analyzed, critiqued, loved, abhorred by bored high-schoolers, etc., that it’s almost impossible to write something that would add to the canon of criticism
Read More 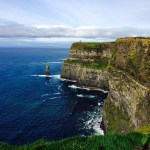 Ireland trip continued! Intro is here. Part 1 is here. Blarney Castle We drove into Blarney, which is just outside of Cork in the southeast area of the country, around 4pm.
Read More
In honor of Halloween week: Deep into that darkness peering, long I stood there wondering, fearing, Doubting, dreaming dreams no mortal ever dared to dream before… – Edgar Allan Poe, The Raven
Read More

It’s Friday! And I’m heading up to Boston for the weekend to visit my college roommate, Ashley.               Hope you enjoy some weekend reading!
Read More 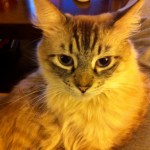 Nick Dunne’s wife goes missing from their rented Missouri McMansion one afternoon. Transplanted New Yorkers, the couple moved to Nick’s hometown after losing their magazine/publishing jobs and to also care for Nick’s ailing mother and father. The story is told from both Nick’s and Amy’s perspectives. Sneaky and deceptive, the reader needs
Read More 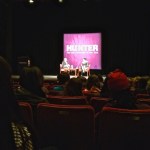 A little something about me: last fall, I applied to a handful of creative writing MFA programs. These programs are highly competitive. Most programs consist of 20-25 spots (or less) and receive anywhere from 500-1500 applications. Acceptance is almost entirely based on a creative manuscript. I didn’t get in to any of
Read More 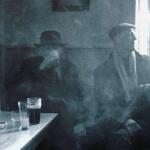 “A few light taps upon the pane made him turn to the window. It had begun to snow again. He watched sleepily the flakes, silver and dark, falling obliquely against the lamplight. The time had come for him to set out on his journey westward.
Read More

I haven’t done one of these in awhile and I missed last Friday because I was working on the Ireland post. Now it’s Monday and I feel like this: Lots of good stuff on the web this past week!
Read More 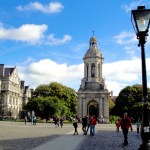 As I mentioned earlier in the week, we recently got back from spending nine days in Ireland. After combing through around 700 photos (!), I think I’ve pared things down to a reasonable trip recap.
Read More