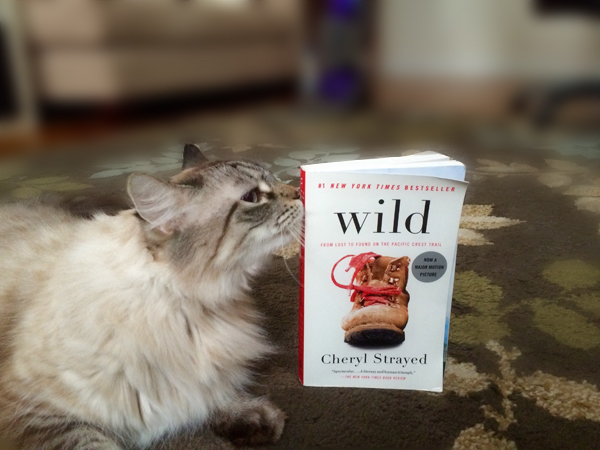 Cheryl Strayed is my new girl crush. I’ve been telling everyone I know about her because she. is. awesome. First, she wrote Wild, which was made into a movie with Reese Witherspoon and is everywhere lately. More on that in a minute.

I also learned only recently that she authors the Dear Sugar column on the Rumpus (it’s now Dear Sugar radio). I had been reading Dear Sugar for years, never knowing that Sugar was Cheryl Strayed (her name is not mentioned in the columns). For those unfamiliar with Dear Sugar, Vulture compiled a list of her best columns here. They are long and the answers are complex, but to say that they are worth the read is an understatement. This isn’t your brief Dear Abby-esque response; Ms. Strayed answers readers’ dilemmas in a hugely thoughtful and detailed manner, with personal anecdotes, logical and emotional reasoning, and a sense that she is not only considering the question but she is thinking it, feeling it, living it. Her columns can nearly stand alone as creative non-fiction essays. In this Dear Sugar column, entitled “The Ghost Ship That Didn’t Carry Us,” a man writes in asking whether he should have children. This column is often cited as one of the best pieces of advice to those facing the baby-making dilemma (or staring down any big life decision, really):

I’ll never know, and neither will you, of the life you don’t choose. We’ll only know that whatever that sister life was, it was important and beautiful and not ours. It was the ghost ship that didn’t carry us. There’s nothing to do but salute it from the shore.

This column, called “How You Get Unstuck,” where she counsels a woman who just lost her baby, is so enormously empathetic that you know she just gets it.

This is how you get unstuck, Stuck. You reach. Not so you can walk away from the daughter you loved, but so you can live the life that is yours — the one that includes the sad loss of your daughter, but is not arrested by it. The one that eventually leads you to a place in which you not only grieve her, but also feel lucky to have had the privilege of loving her:

Her columns are compiled in a book, Tiny Beautiful Things. Here is some Dear Sugar swag, including a “Write Like A Motherfucker” mug and a quote poster with gems like: “We are here to build the house.” “Acceptance is a small, quiet room.” “This is called intimacy. This is called fuck yes.”

Wild is Ms. Strayed’s adventure story of hiking the Pacific Crest Trail in the mid-1990’s, when she was 26, as a solo female. It is well written and expertly paced. Ms. Strayed makes both the rugged and unforgiving trail, as well as the people she meets along the way, come to life in a vibrant and intriguing way. I couldn’t put it down and was so sad when I finished: it’s everything that a travel/adventure narrative should be.

What no one told me before reading this, however, is that it’s also a story of devastating loss and all-encompassing grief. Ms. Strayed chronicles losing her mother when she was 22 after a brief and sudden illness. One point she drives home frequently is that her mother was her person. Her father was abusive and not in her life, her stepfather was kind but distant, and she grew apart from her brother and sister. Her mother, who raised her and her siblings alone without much money, was everything to her. Ms. Strayed describes her mother as the love of her life.

I’ve never read anything that has come close to Ms. Strayed’s depiction of loss. She’s such a good writer that you can see the depths of her grief, you ache along with her, and you remember the loved ones you’ve lost. She provides great insight and depth to the process of losing someone so dear, and leaves the reader no choice but to take this hard journey with her. Ms Strayed is the master of empathy – both giving and imparting it, as well as the ability to connect with people through her words. Her essay in The Sun Magazine is a master work on loss and grieving.

After her mother’s death, her family scatters and Ms. Strayed falls into a tailspin as her world falls apart: she cheats on her husband, she drifts apart from her stepfather and siblings, she dates a string of bad boyfriends, she works dead-end jobs, she experiments with drugs, she has an unwanted pregnancy and subsequent abortion. With nothing left to lose (literally), she decides to hike the Pacific Crest Trail, which she saw in a guidebook at a check-out aisle. She has no special training or knowledge besides what she has read in the guidebook.

Ms. Strayed wrote Wild from memories, interviews with folks she met along the way, and most importantly, her journal, which she says provided an invaluable portrait of who she was at 26. She uses equal parts of humility, humor, compassion, and self-deprecation to make readers connect with the narrator (her). Also, she’s so darn likable.

Even if you’re not a nature person, if you despise hiking, if you hate not sleeping in a bed or skipping showers for weeks at a time, you’ll still love Wild. And it’s not all gloom and doom: it’s one woman’s journey to find something she desperately missed in her life, and to come to terms with her grief. The reader experiences every aspect of this journey with her: the camaraderie of the trail, the fear of the unknown (snakes! icy slopes! bad guys!), the elated happiness when she passes each major checkpoint, and the great state of being young and broke and in charge of your life. 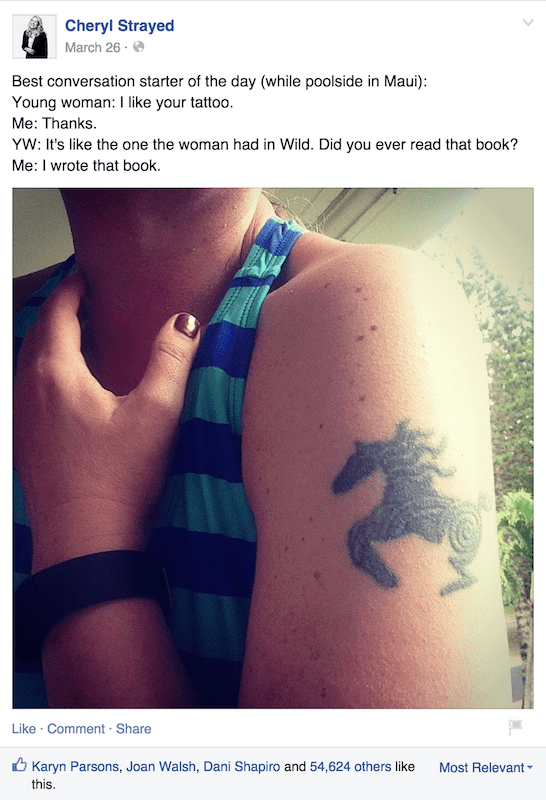