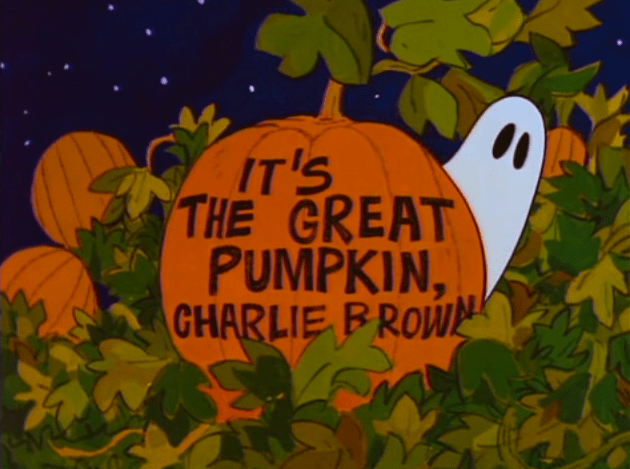 Fall has become the hippest season. If hipster was a season, it would be fall. It was cool before winter. (Too much? Ok.) Fall has always been my favorite season so I’m glad that everyone is catching up to me. I’ve had two very fun, very fall weekends in a row that I wanted to share.

Our friends Dave and Joy rented a car for the day to drive up to Och’s Orchard in Warwick, NY. I had a party last year where some other friends brought apples they had picked and they were THE BEST things ever. We asked said friends where they went, and they said Och’s Orchard.

The Orchard is about two hours north of Brooklyn. Fall foliage is at its peak in late October, so it was a beautiful drive up. Och’s Orchard had a large variety of apples dispersed throughout the orchard – golden delicious, red delicious, macintosh, cortland, etc. They also had a pumpkin patch. I picked a small little pumpkin fitting for my small little Brooklyn apartment. 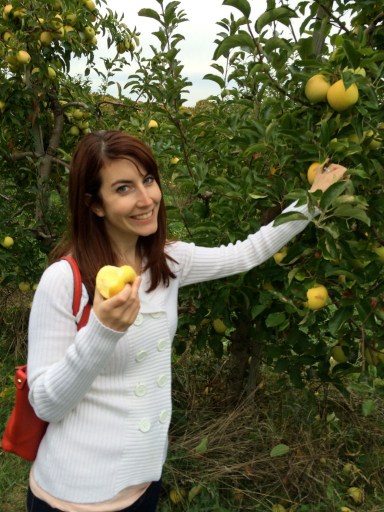 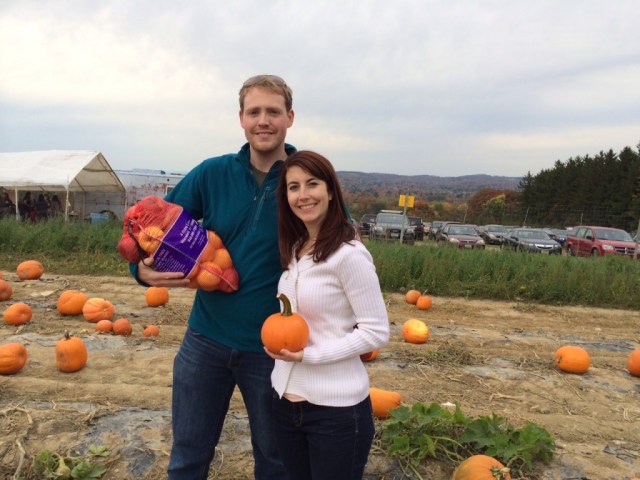 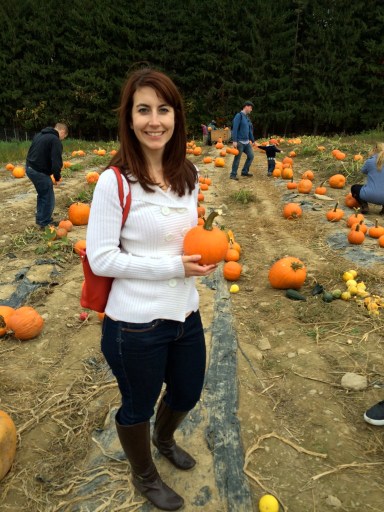 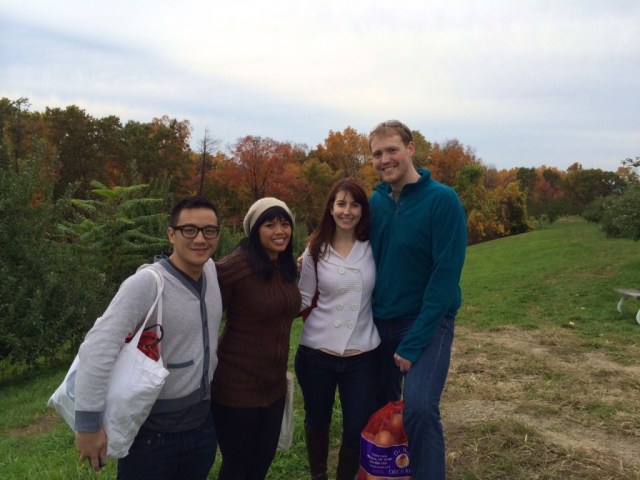 We headed back to the city and, excited about the prospect of having a car, talked about all the far-off neighborhoods we could visit for dinner. We decided on Bay Ridge (in Brooklyn, by the Verrazano Bridge) because it has fantastic ethnic food. We ended up at Tanoreen where I had the eggplant napoleon appetizer and a special called Koshari which is the national dish of Egypt and made with rice, lentils, and macaroni in a spicy tomato chile sauce. It was fantastic and I gave myself props for being adventurous.

As I mentioned on Friday, I ventured up to Boston last weekend to visit my college suitmate, Ashley. I love Boston and Ashley always has fantastic things planned every time I visit. My college friends and I spent a few years doing Halloween right… 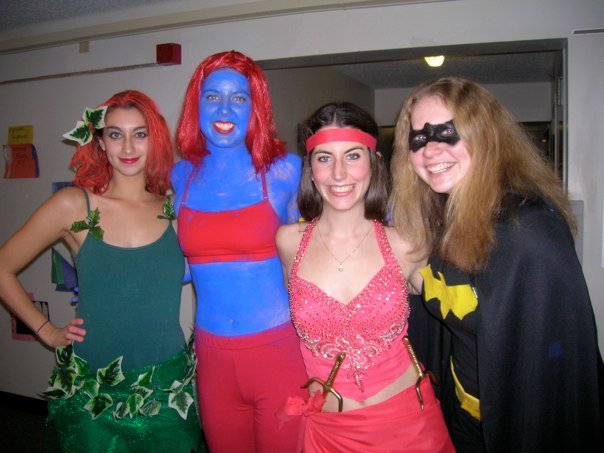 …so I knew this weekend would be awesome.

We drove up to Salem late afternoon on Saturday. It was the weekend before Halloween and the town was PACKED. There was a street fair on the main street in town, which was fun. We also stopped by the Witch History Museum, which was very hokey but also informative. 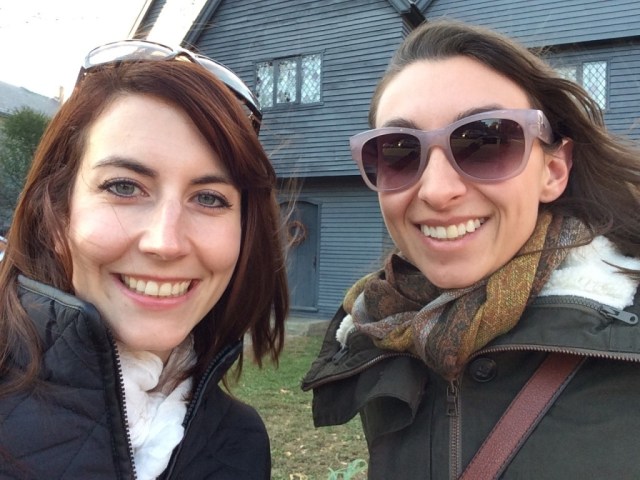 In front of the Witch House, Salem. 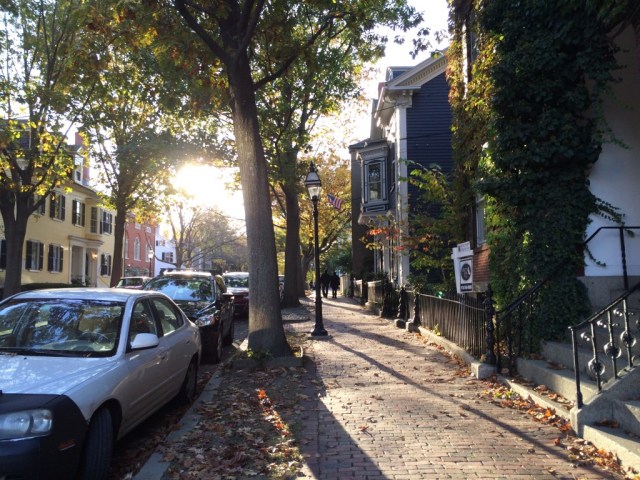 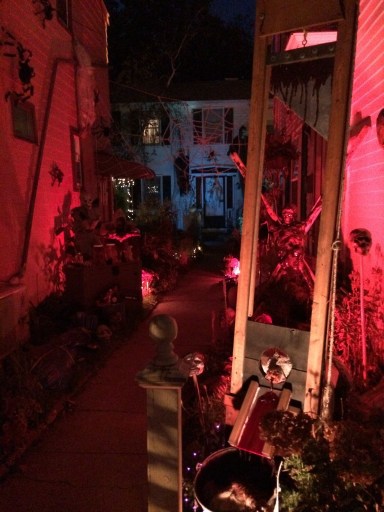 We tried to eat dinner in Salem, but everyplace we tried had a two hour wait (book ahead!). We ended up driving to the next town over, Peabody, and grabbed some quick sushi there. We changed into our costumes in the restaurant bathroom and did our makeup in the car, then made our way to ZOMBIE PROM. 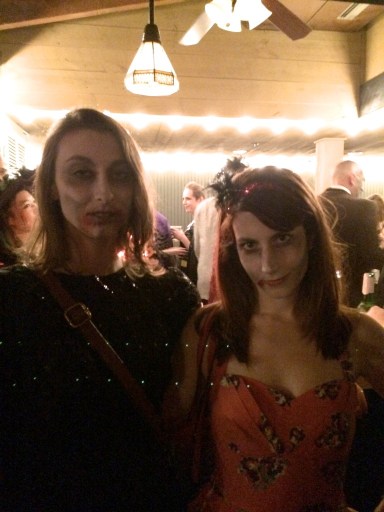 Such a cool idea for a party! There was also a live band playing and the crowd was great.

I do have to say – New England does the fall better than anywhere else. Everything glows this time of year and it feels like everyone is in the mood for the festive season (is fall the new Christmas? Hmmm.)

In addition to Salem, we did lots of eating (including Rino’s in East Boston), some shopping, and we watched Hocus Pocus and Zoolander. Awesome.