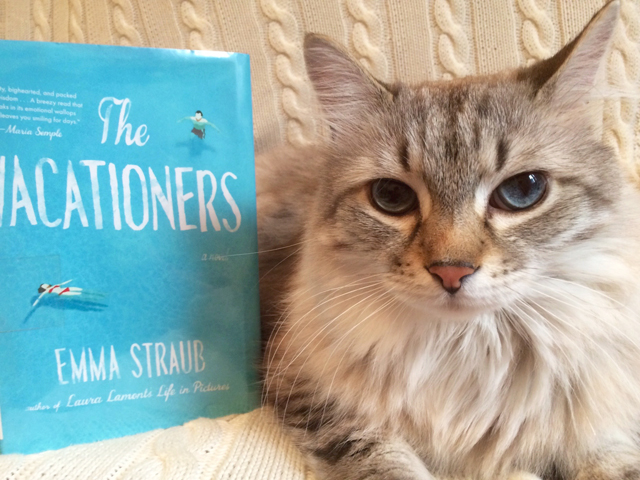 Just as Trap Queen by Fetty Wap is taking over the airwaves, The Vacationers has positioned itself as one of THE books of the summer. It’s on all of the best beach reads lists, including my own from last month, and it has all the components of beach read dreams: it’s fast, light, and breezy.

The heroes of the story, the Post family and their entourage, are on vacation in Mallorca, Spain. Even if we can’t get away ourselves, the next best thing is to read about someone else’s erratic, drama-filled trip. Each member of the group is dealing with a potentially heavy issue such as infidelity, adoption, debt, and losing one’s virginity. While other novels could have turned these individual plot lines into a downtrodden, sullen story, Straub has managed to keep the book buoyant and cheery. Unfortunately, this may be because of the simple writing and the reader’s indifference towards the characters, but more on that later.

The Posts, a well-to-do family living on the Upper West Side of NYC, has planned a two-week trip to the beautiful Mediterranean island of Mallorca with some hangers-on. The lot comprises:

The trip was planned to celebrate Franny and Jim’s 35th wedding anniversary. However, things are not all peaches and cream at home, as each member of the party is dealing with their own troubles. During the course of the two weeks, secrets are exposed and humiliations uncovered in the way that only families can unbury the past. With the infidelity in particular, Straub uncovers the situation little by little until the whole sorry scene comes to light.

Family dysfunction is a crowded space in recent literature (see The Corrections, Running With Scissors, White Teeth, Everything I Never Told You, Middlesex, etc…), and if not done well, can feel overworked. Straub does a good job of making the Posts feel fresh and enticing, and their issues dynamic. Although none of the characters are especially unique, the reader is pulled in right away and wants to see each storyline progress. The novel moves at a good clip and is a page turner.

The novel did not pass me by without arousing some peeves, however. The writing is not horrible, but it’s not particularly strong either (there is a lot of “telling” rather than “showing”). The characters are a clichéd – the rich parents, the sullen teenager, the artsy gay man. Most egregiously, I felt that none of the Posts are particularly likeable, and therefore, I didn’t feel any great sympathy for them, as it’s clear you’re supposed to. In fact, I heartedly sided WITH the enemy and became actively annoyed at the family’s treatment of her.

Further, what Straub fails to explicitly cover, is the Posts’s clear financial means, and how they are essentially rich New York yuppies that look down at others. It’s fine to write a novel that portrays rich people, or unlikeable people, but it’s how this aspect is glossed over in The Vacationers that irked me.

In summary, I plowed through The Vacationers in just a few days. It’s a solid, juicy novel to read on the beach. Just don’t expect perfection on any front and be prepared to be annoyed more than once, especially by the characters.