Oh hi…remember me? It’s been a crazy few weeks, but in the midst of it all, I had a little getaway to Montreal. And it was fun! 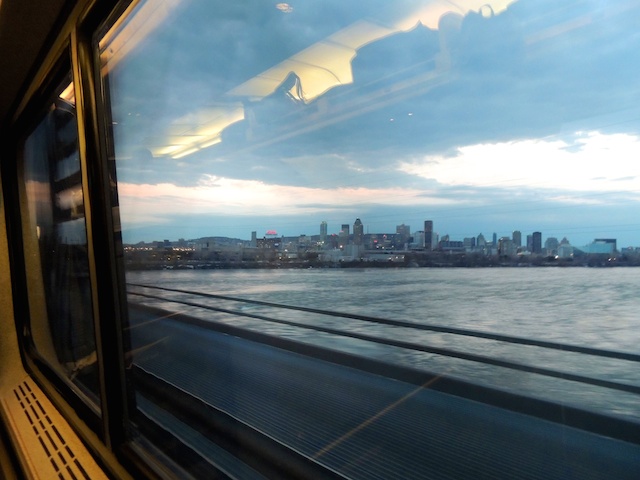 City skyline from the train. 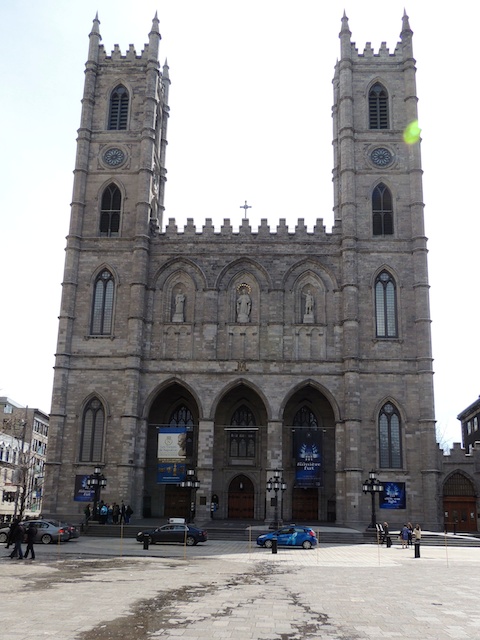 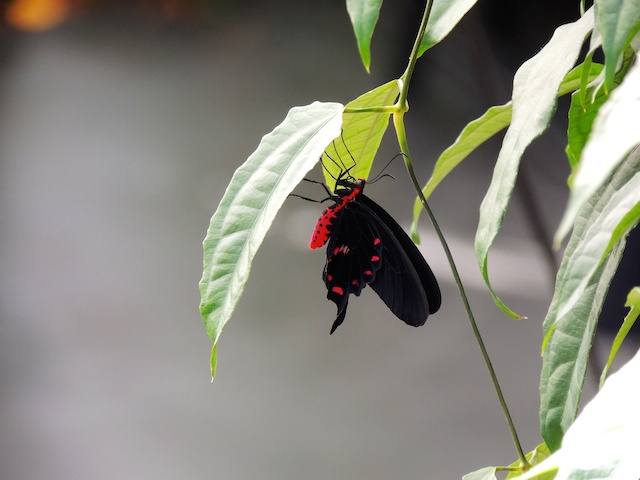 The butterfly exhibit at the Botanical Gardens. 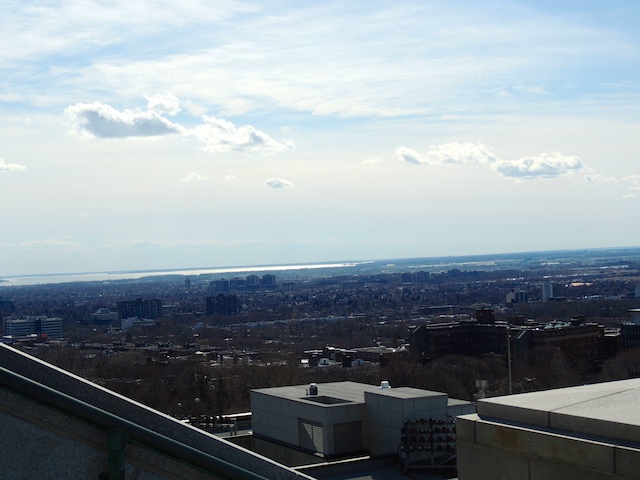 View of the city from St. Joseph’s Oratory.

I didn’t have the opportunity to take a winter getaway this year. And this winter was brutal – I wanted to take a trip badly! My friend and I were discussing where we could take an extended weekend that wouldn’t break the bank and she suggested Montreal. She found a great deal on Amtrak, I found a budget hotel in the Latin Quarter, and we booked it! We left on Thursday morning and came back Monday. We had three full days to explore the city and two days of train travel. I’ll write about our eleven-plus-hour train trip and highlights of the city in a few days. In the meantime, here are some initial observations:

Montreal is EXPENSIVE. I read beforehand that it was a pricey city, but living in New York, I tend to take this advice with a grain of salt. But it is for realz, yo. My friend and I had a hard time finding restaurants because they were so out of our price range – entrée prices tended to start in the high 20’s then work their way up from there. We’re both vegetarians who eat seafood on occasion, and even the vegetarian dishes (there weren’t many) started around that price point.

I understand that expensive restaurants exist in touristy areas of all cities, but ALL the restaurants we looked at (for a decent, sit-down dinner) were generally priced very high. And the food, while good, was not spectacular. If I pay $30 for an entrée in New York, I expect the food to be stellar, or something very special, or at a “hotspot,” celebrity-owned restaurant, where I can justify the cost. I guess I am jaded because you can easily get a very good, sit-down meal in New York for under $20 per entrée. Not here.

Montreal has a number of aggressive homeless people. Like I said above, I do not live in a middle-of-nowhere town. I live in New York, where there are plenty of homeless people. In New York, however, I do not find the homeless people to be aggressive. They are usually sitting on street corners asking for change or walking through the subway, singing, playing music, or giving a spiel. They end their speech with a “God Bless.”

Montreal was a different story. There were many homeless people (or people asking for money) on most streets and subway entrances who were quite aggressive. My friend and I, around 8pm on our first night, went to the ATM on St. Laurent Blvd. (a main, touristy street) so I could take out some Canadian money. As we exited, a group of five or so homeless men stood directly outside the door and yelled at us in French (I’m guessing asking for money). I mean, it’s kind of a brilliant tactic standing outside of an ATM – they know you have money. At the same time, this was very unsettling and something that I’ve never experienced in New York.

I found that the problem became worse at night. They blocked subway entrances, opening doors for people and asking for money. My friend and I were coming back to the hotel from Old Montreal (a touristy, busy area) around 8 or 9pm. The subway station entrance was a bit deserted and a homeless man, looking and acting umm, unwell, was blocking the entrance. We were also talking to another passenger on the train back, who mentioned that a homeless woman had followed him down the road asking for money.

I understand that homeless people may be more aggressive in some cities than others. However, safety is a major concern when traveling and I think people should be aware of this.

Everyone is very willing to speak English and is welcoming in general! Almost all waiters, hotel staff, shop owners, etc. were awesomely bilingual and had no problem speaking English with us. I tried out my rudimentary French at a restaurant or two and they were very patient. I found everyone to be friendly and welcoming, which is a plus when travelling to a new city!

Montreal, especially Old Montreal, is architecturally stunning. And its location on the waterfront is a plus. The old winding streets make you feel like you’re walking through a small European town.

It’s a small city and perfect to visit for a long weekend. Three full days was just the right amount of time to explore the major sights and get a feel for what the city has to offer. I’m sure there was plenty more to do, but I don’t feel like I missed anything major. I think a few more days would have lead us to repeat things.

Next up…highlights of Montreal and an 11-hour Amtrak ride!