I’ve gone to some fantastic places with my freelance job at Oyster.com. I did most of my traveling through the fall/winter/spring of this year, therefore missing a good portion of New York’s brutal winter. All of my trips were to the Caribbean or Mexico, so that was real nice.

Now I’m excited to share these places with you! Taking extended trips to a bunch of Caribbean islands gave me a good feel for each place and is also helpful when comparing the destinations to each other. Food, accommodations, safety, general vibe, atmosphere, things to do – these factors vary from island to island. You just don’t get a feel for a place from looking at travel sites like Expedia or Kayak.

I spent three long weeks in Barbados going all around the island. I ate a lot of seafood, got a tan, and took lots and lots of hotel photographs. Here are some travel basics that you may find helpful: 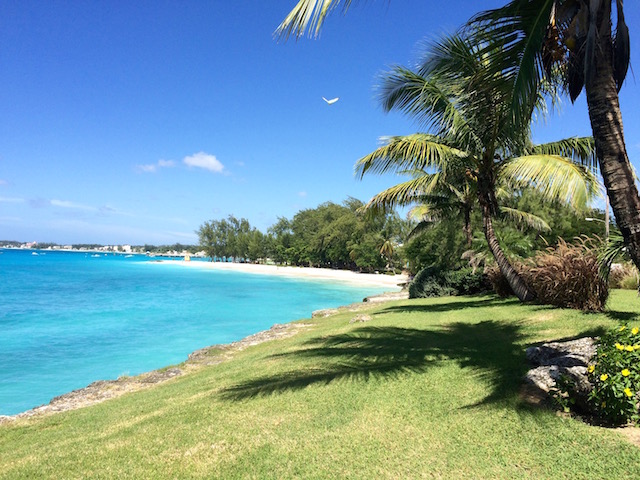 This should go without saying, but it’s a stunning island and beautiful beaches are everywhere. White sand, turquoise water, palm trees – it’s a vacation destination for a reason. The island is fairly populated, however, so don’t expect to have the beach to yourself unless you find a more secluded location in the north or eastern part of the island. Barbados is also lush with lots of tropical trees, plants, and flowers. In the evening, the bugs and nature noises were so loud that Eric could hear it on the phone in the background. It’s a peaceful sound though, and after living in NYC with horns and ambulance sirens, it’s a welcome change.

Barbados was a British colony from 1625 to 1966 and many British “features” are apparent here – they drive on the left, have hordes of tourists from the UK (most visitors are from the UK or Europe), and hotels often have an afternoon tea hour. Food is British-inspired as well (beans with breakfast, biscuits, etc.). Even though it’s an eight-plus hour flight from the UK, travel agencies there offer ridiculous flight/hotel deals. There aren’t too many Americans tourists, as flights from the US tend to be more expensive compared to other islands and there aren’t as many deals/vacation packages. 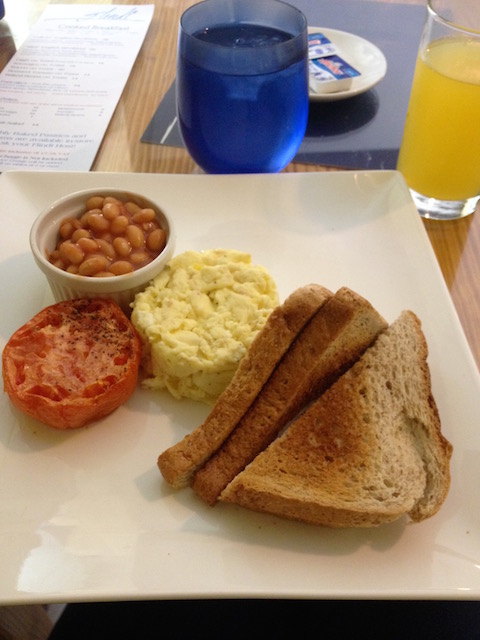 British-inspired breakfast before heading out for the day.

Where to go on the island

Barbados is a relatively small island and it’s easy to get around and find excursions to almost anywhere. The main tourist area runs from Silver Sands, on the southern part of the island, up to Holetown, on the central part of the west coast. Inland areas are mostly residential, and the east side of the island is rugged with hills, cliffs, and natural beauty. The touristy southwest coast is always bustling – expect lots of traffic and crowds.

Worthing Beach, Dover Beach, and Miami Beach, on the southern part of the island below Bridgetown, are large and gorgeous beaches with plenty to do, eat, and places to stay. It’s also a bit more down to earth (there are plenty of locals around here) and less expensive. The west coast is ritzy, and the hotels and restaurants are upscale and more expensive. The main Holetown shopping center, for example, has a Louis Vuitton, Cartier, and Michael Kors. The beaches on the west coast are much thinner than the beaches in the south and usually have only a small strip of sand. 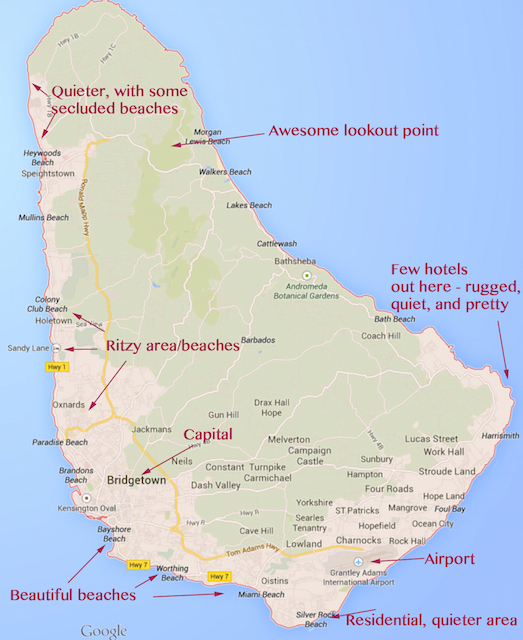 I found it hard to eat healthy here. I once asked where I could find a salad for lunch and the hotel folks puzzled over it for a while. The cuisine is very meat-heavy, with the touristy places serving your typical fish and steak fare, while local places served rice with meat/fish over it. I didn’t find many restaurants with fresh veggies or fruit.

Food is also on the expensive side. The conversion rate is 2:1 (two Barbados dollars for one American dollar) and dinner entrees start at $20 USD on up. It’s not a cheap island in general, so be prepared to spend some money.

As I was here for work, I didn’t get to do a lot touristy things or any excursions (boo). However, from talking to vacationers and hotel staff, I learned about plenty of great ways to have fun around the island: 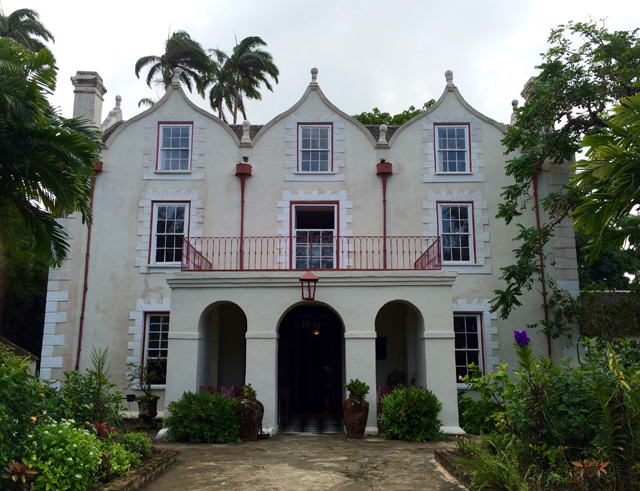 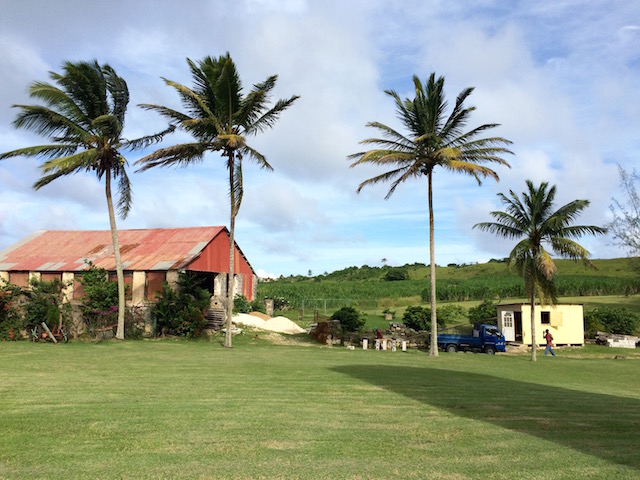 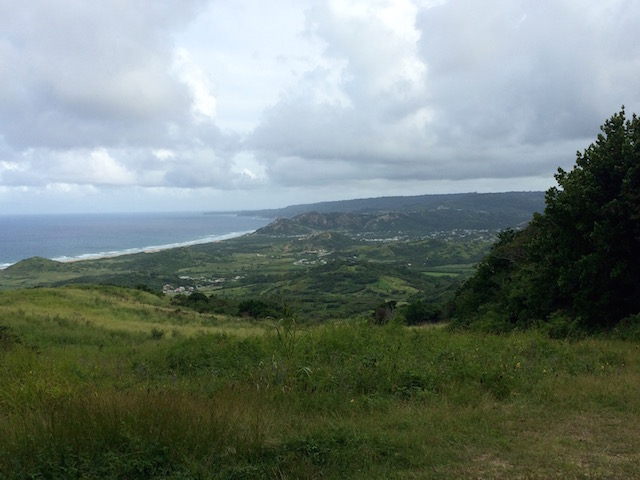 Cherry Tree Hill, which overlooks the east coast of the island.

In short: I wouldn’t do it again. Driving here is challenging. In addition to the left hand driving, the roads are narrow, not well marked, and have potholes and other defects. The tourist areas are extremely busy with people walking all over the streets, bicyclists whizzing by, large buses blocking your view, and white reggae vans that stop constantly in no seemingly logical pattern or place.

One thing I noticed, however, is that drivers are extremely courteous. Everyone in the opposite lane stops right away when someone needs to make a left. All traffic comes to a quick halt when there is a pedestrian on the crosswalk. Everyone lets you make a right (or even a left!) onto a busy road. I guess it’s the only way to keep the congested, narrow streets moving at a workable pace.

I wasn’t sure how to write about this without over-generalizing or sounding harsh, but I didn’t find most folks to be particularly nice or welcoming. With exception to people working in hospitality (who are usually lovely), the locals tended to be brusque and unfriendly. Service workers at some of the restaurants and local shops (the grocery store, etc.) seem to treat customers like a nuisance. I did meet some spectacular folks during my trip, but if you compare Barbados to other Caribbean destinations, such as St. Martin (super nice locals) or the Bahamas (a happy, friendly place) or Cancun (SO welcoming and kind), it doesn’t hold up. And when you’re travelling by yourself for three weeks like I was, this wears on you.

In addition, as a woman travelling alone, the catcalls were relentless. I always expect a little bit, but I couldn’t take a quick walk to the grocery store without being hollered at. Some were funny, like the man yelling out his phone number while driving by in a golf cart, or the group of 16-year-old boys on the beach, or the guy named John Christmas (I’m not making this up) who sang me a love song as I walked back to my hotel. And some were not so nice, notably the reggae bus driver who pulled up next to me on the street and made crude gestures.

Which brings us to safety. Catcalls aside (which happened mostly during the day and didn’t make me feel particularly unsettled), I didn’t feel that Barbados was more or less safe than most of the other islands. I don’t suggest walking around at night except on a populated, touristy street and it’s always a good idea to secure valuables in the hotel safe. Common sense and the usual caution will serve you just fine.

Something to watch out for, however, is people selling drugs. It happens quite frequently – a local comes up to you, makes some chit chat, then asks you if you party, then asks if you want pot. They’re usually harmless, but it’s something to keep in mind.

In summary, it’s a great place to go as a couple or with a family, but I would not go there again as a woman travelling alone. 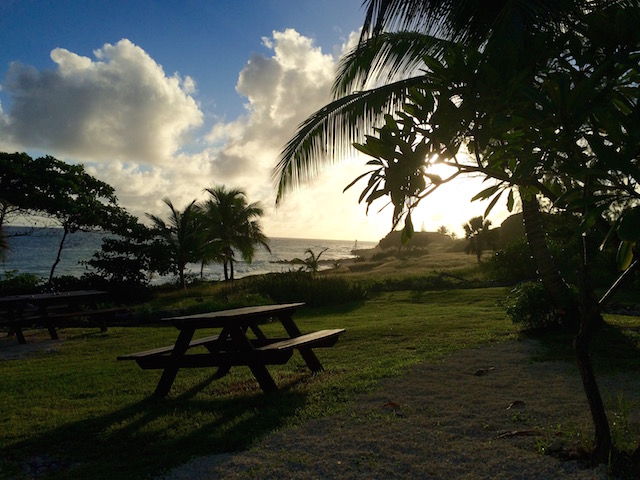 So many areas of rugged, natural beauty. 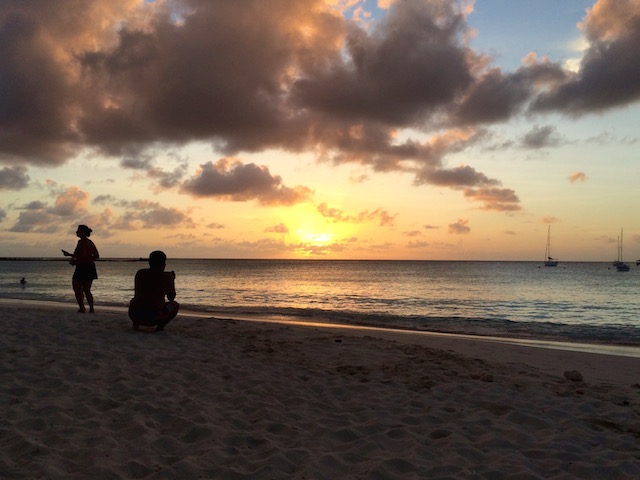 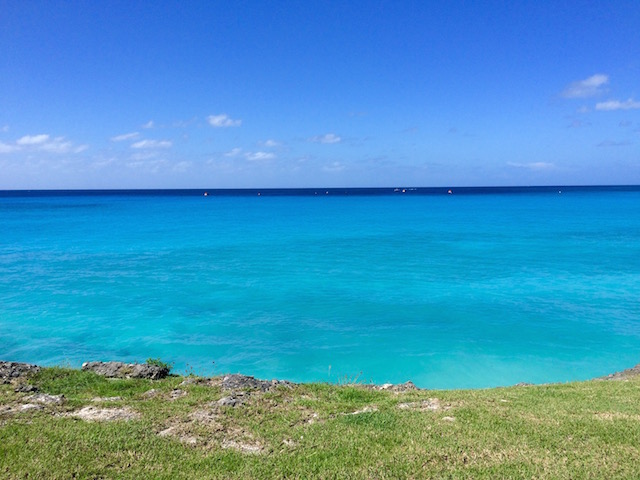 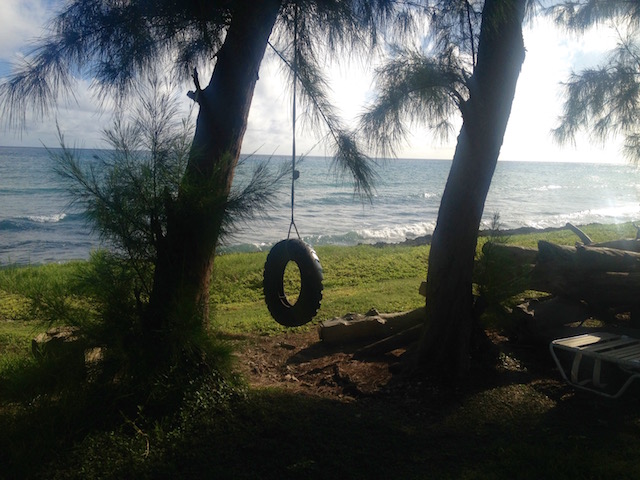 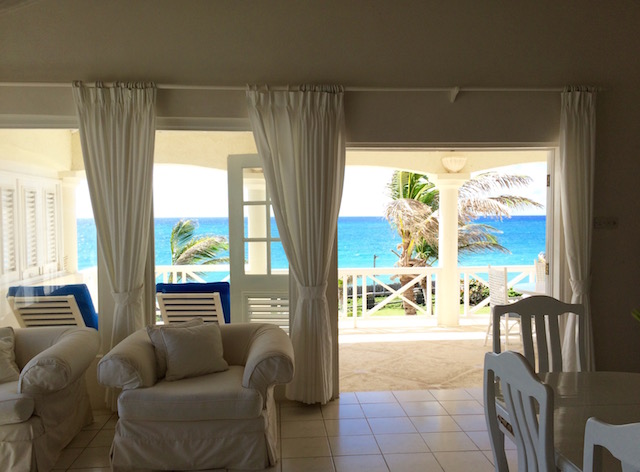 View from one of my hotels. 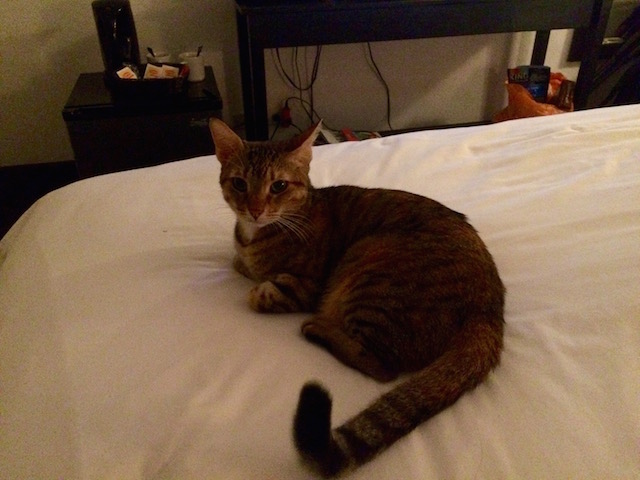 This sweet girl followed me back to my hotel. Check out my Barbados coverage here. I didn’t do all of these hotels, but I did many of them!