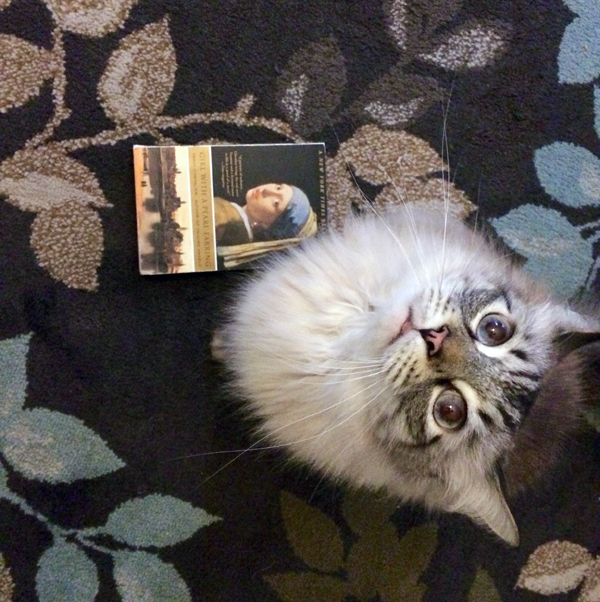 This book isn’t exactly new, but I see it pop up frequently – at used bookstores, in airport lounges, on a friend’s reading list. It’s been on my own bookshelf for years, staring me down, and beckoning a read. I took the plunge and thought it was worth a review.

It’s also well suited for this time of year, as it would make a perfect beach read. The story is interesting, the characters are decidedly likeable or unlikeable, the story is well paced and keeps your interest, and the writing is simple but effective. It’s a good balance of not too heavy subject matter yet far from a trashy pop fiction paperback.

This historical novel is based on Johannes Vermeer’s famous Girl with a Pearl Earring oil painting (c. 1665). The painting belongs to a unique Dutch subcategory of portraiture called the tronie. Tronies depict idealized facial expressions and exaggerated adornments, perfectly exemplified by the the turban and oversized earring worn by the girl, as well as her luminous expression. In a departure from the typically religious paintings during that time, Vermeer’s works depict ordinary, middle-class life. (Source.) The girl’s actual identity is unknown. 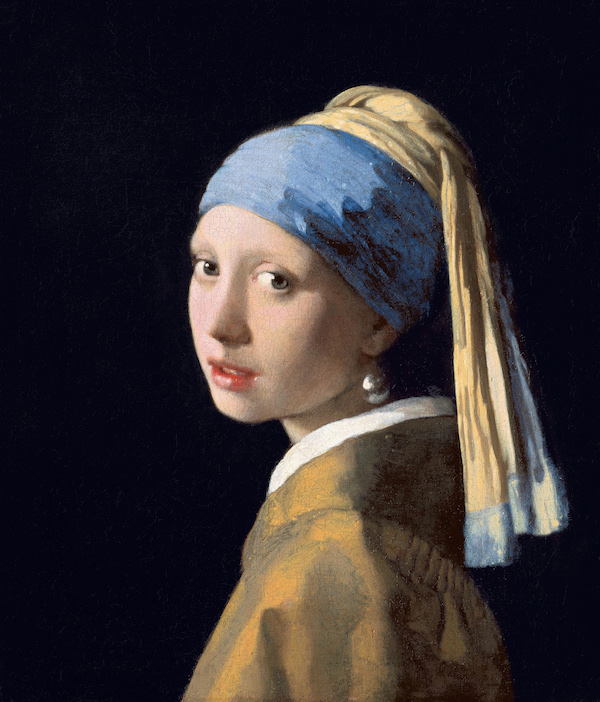 The painting is interesting for a few reasons. The headscarf/turban would have been a very unusual choice of accessory for a Dutch girl during that time period. In fact, no comparison has been found among other European paintings of the time. The out-of-place garb, combined with the black background and blue/yellow color scheme suggests that Vermeer may have taken his inspiration from art rather than real life. (Source.)

Not according to our girl Tracy Chevalier!

In the novel, Girl With a Pearl Earring, Chevalier fictionalizes the circumstances around the painting’s creation. Set in the 1660’s in Holland, sixteen-year-old Griet’s family falls on hard times when her father is blinded in a work accident. Griet’s mother secures employment for her as a maid in the household of the prominent artist Johannes Vermeer (he was already a well-known painter). Vermeer soon discovers that Griet has an eye for art. He asks her to first clean his studio, then to run errands and help mix his paints. We can see where this is leading – guess who sits for the painting?!

Chevalier’s story is more robust than just the obvious plot – there’s Griet’s relationship with the weary older servant, a love story, Vermeer’s yucky wife, and the painter’s reliance on patrons. We also see compelling details of 17th century Holland including larger issues such as the effects of the plague, the accident at Griet’s father’s guild, the hardships (and exploitation) of maids, and Griet’s relatively poor household compared to Vermeer’s large and prosperous one.

Much like Vermeer’s paintings, Chevalier employs poignant imagery when describing middle-class life in Holland – the canal-lined streets, the bustle and smells of the market, the blood splashed around the butcher’s stall, the pointed, impeccable way that Griet chops vegetables. The scenes in Vermeer’s house are well-crafted from timid Griet’s point of view, especially her quiet, enchanted reverence of the painter.

Most compelling (to me) is how Chevalier also delves into Vermeer’s character, both the man and the painter. We see him struggle through his progressing intimacy with Griet, his creative process, and his constant need to attract and appease patrons. His mother-in-law, Maria Thins, remarks early in the book that he will paint over a particular piece dozens of times – he changes colors, layout, placement, and plenty of other variables. Chevalier pieces together bits of the painting as you read on – the earring, the turban, the expression, until the canvas comes together beautifully, and you feel fulfilled with this explanation of the masterpiece.

Anyone interested in art (specifically the Dutch Golden Age), historical fiction, or just a well-paced, addictive story should put this in his or her beach bag.

You can see the actual painting at the Mauritshuis art museum in The Hague, where it has been in collection since 1902.

This slate article gives an overview of Vermeer, the painting, and his other works.

A BBC article explores the girl with a pearl earring – who was she?