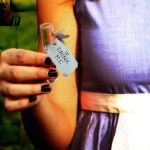 “I can’t go back to yesterday because I was a different person then.” ~ Lewis Carroll, Alice in Wonderland
Read More 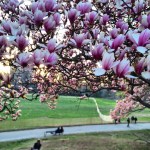 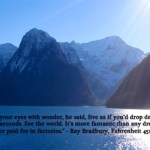 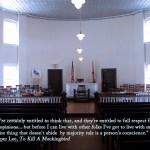 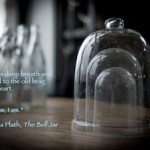 December was a crazy month with much shopping, travel, holiday festivities, and little sleep. It’s January and it’s freezing so I’ve decided to spend the month close to home and catching up on reading, writing, and other projects.
Read More 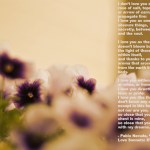 I hope you had a terrific Thanksgiving holiday! I ate potatoes three ways (vegetarians eat a lot of potatoes at holiday gatherings), did some Black Friday shopping (NOT on Thursday night), and had a marathon TV-watching session on Sunday. Ahhh.
Read More 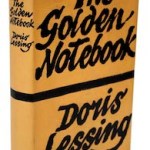 Dorris Lessing, British writer and the winner of the 2007 Nobel Prize for Literature, passed away on Sunday at the age of 94. In her honor: “What’s terrible is to pretend that second-rate is first-rate.
Read More 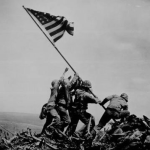 In honor of Veteran’s Day: “The true soldier fights not because he hates what is in front of him, but because he loves what is behind him.”
Read More 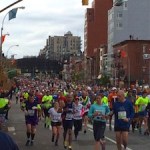 It’s getting cold here in New York. I drank a lot of lattes over the weekend. The NYC marathon ran through my neighborhood on Sunday so we walked over to watch.
Read More