April is National Poetry Month so I thought I’d squeeze this in before the month’s end. Poetry is kind of a beast – some people are very into it, some people don’t get it at all, and some folks only like poems that rhyme. At the very least, it can be intimidating to those who don’t know much about it. I’m by no means a poetry expert, but I do think that certain passages have the ability to affect readers deeply. Here are some lesser known passages by both famous and more obscure poets and writers. 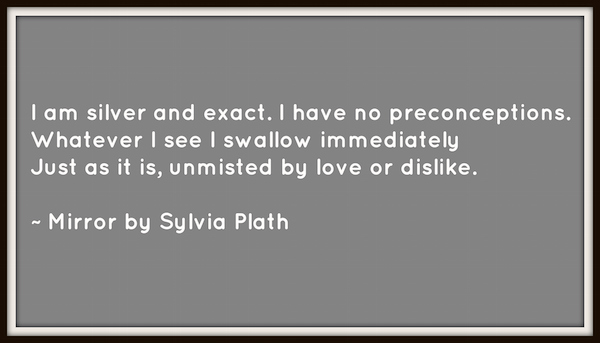 Sylvia Plath: moody, honest, and exceptionally talented. Her poems are as gripping and poignant as her famed novel, The Bell Jar. You can read the complete poem here. 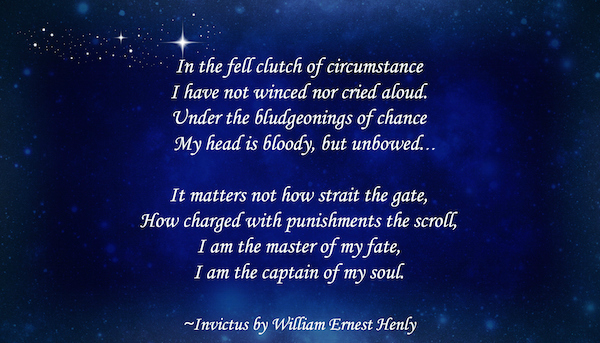 “Invictus” is a short Victorian poem published in 1888. Henly wrote the poem after recovering from major surgery in which doctors were able to save his remaining leg (his other leg had been amputated years before). You go, Mr. Henly! Read the full poem here. 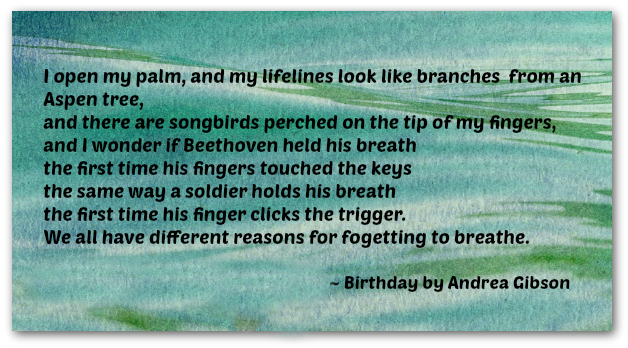 Andrea Gibson is a spoken word poet and activist. She once ate candy bars for breakfast for a whole year. Here are some of her poems. Here is her Reddit AMA. 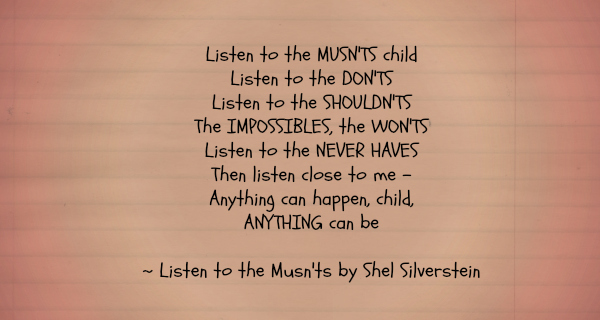 Shel Silverstein: telling children they can do and be anything since the 1960’s <3. Fun fact: he was a leading cartoonist for Playboy before he started writing children’s books. He also never studied the poetry of others so he developed his own fun, quirky style. Here are some of his poems. If you haven’t before, read “Where the Sidewalk Ends” (and have tissues ready). 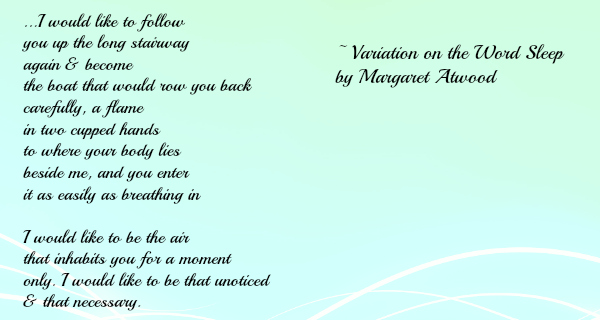 Margaret Atwood, in addition to being a science fiction extraordinaire, has written fifteen books of poetry. FIFTEEN. Find the complete poem here. 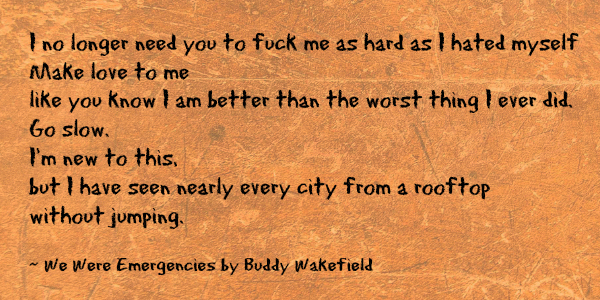 Buddy Wakefield is a spoken word artist who lives in Seattle, WA. Check out the quotes on his bio page. Full poem can be found here. 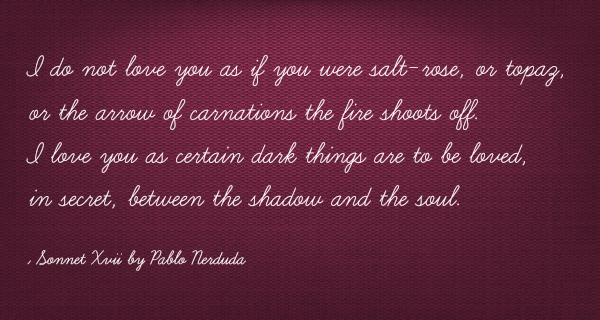 Poetry has always been a favorite way to express love, and this sonnet by Pablo Neruda is one of the best. Read the full poem here.

I wanted to include lesser known verses here, since the more popular poems can be easily found all over the webs. However, they’re popular for a reason and it’s always fun to give these another read-through. Here are some of my favorites:

What is your favorite poem?