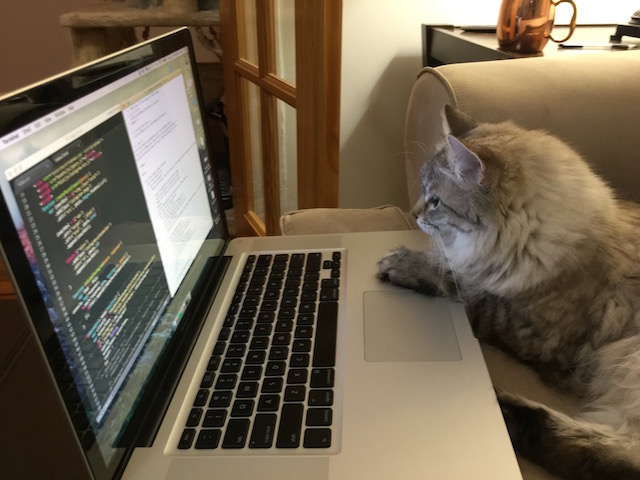 Some people find their calling early in life and graduate into a meaningful career that challenges their intellect, gives them a sense of purpose, and fills their days with joy. Some people mess around for years while broke and whining that their current dead-end job is killing their soul. With a few exceptions, I, unfortunately, inhabited the latter category.

Since being a caretaker on a baby animal farm is not a viable career path, I decided to go to code school to become a programmer. I wanted to learn a new skill that is desirable in the job market and try something totally different than what I had been doing.

Coding is a whole new world for me and I feel like I’m stumbling around in left field. I often feel like a terrible coder, that I’m just not getting it, and that I’m in over my head. However, I’ve learned more in the past few months than I have in the past few years. I’m engaging parts of my brain that I haven’t used since college (yay for logical reasoning).

With this radical career change, I’ve spent a lot of the last year contemplating goals and how to approach them. If you look at goals only in terms of the end result, you’re setting yourself up for disappointment, because often, the goal is not what you will actually end up doing. Goals don’t have to be a destination but merely a direction to travel in. In one of Tested’s podcasts, Adam Savage of Mythbusters talked about how it’s important to teach kids that it’s less about designing the path, but finding the path that’s happening. Many highly successful people started down one road but ended up doing something different. Adam Savage, for example, could never have expected to be doing Mythbusters while he was working as a special effects designer. But one thing led to another and he ended up doing something that he loves that’s really interesting and cool. A goal is something to get you moving. And that’s the most important thing, right? To keep moving forward.

With that being said (and because these blog posts are required and need to be of a technical nature), I’m going to tell you about why Ruby is a great language when learning code.

Yukihiro Matsumoto created the Ruby programming language in 1993 to be dynamic, versatile, adaptable, and productive. It’s a powerful language that can handle small scripts as well as full-scale applications. For developers, it’s fun, rewarding, and easy to understand. And who doesn’t want to be happy?

Here are some developers talking about why they love Ruby. 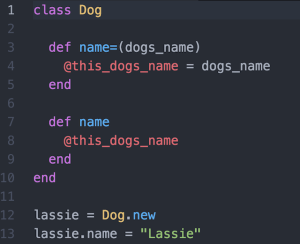 It’s easy to understand what’s going on in most simple code, even for someone who is not a developer. Other languages with a heavier emphasis on syntax, like JavaScript, have a bigger learning curve before you get comfortable reading the code. Further, Ruby’s straight-forward style allows beginners to focus on the logic behind the problems rather than worrying about fixing dozens of syntax errors. It’s easy to debug as well.

Ruby’s pragmatism allows you to express your ideas clearly and encourages elegant solutions that aren’t littered with complex code. We just learned about inheritance and modules, which are great tools for reducing repetitive code. Further, Ruby programs are easy to maintain and grow.

Gems Everywhere for Everything

There are gems (coding libraries) for just about anything you can think of. They are searchable and publicly available. 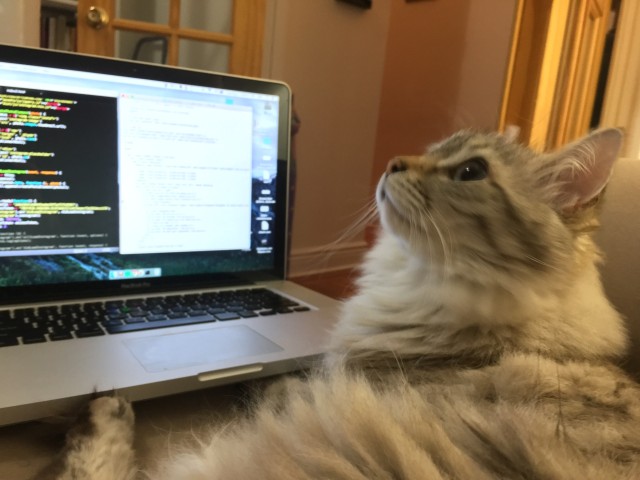 Here’s one more picture of this beauty queen.